Tigreal is One of the best tanks that you can find in Mobile Legends. If you are a beginner and don’t know about tanks and tigreal, then let me tell you in short about tigreal of mobile legends bang bang and give you the best tigreal build, emblem, guide, and strategies for the latest patch and for the upcoming 2023.

Tigreal is one of the handsome tanks of the game mobile legends. It’s also the best tank of all time and easy to use. As for his history, Tigreal is the rising star of the Moniyan Empire. During the battle, The Second Army that he was leading goes under a huge forest into the enemy’s trap and suffered a heavy loss for which Tigreal was forced to take responsibility. Without further ado, Let’s see our favorite tank Tigreal builds, guides and emblem.

Passive( Fearless): There are stacks shown at bottom of the screen when it is active. Tigreal has got 4 stacks. And these stacks become active when you cast any skills( 1 stack per skill) or get hit by a basic attack of another hero. When it has 4 stacks a full shield will be created on your head.
And when an enemy hits Tigreal with Basic Attack, he will not get any damage or you can call it immunity but will consume all 4 stacks. This is a handful in team fights where even a 1 HP can help you to survive.

Note: His stacks don’t increase by getting attacked by minions

When you use this skill, it will create a crack in the ground dealing physical damage to the enemy or minions in his area. This will also slow down the enemy for 1.5 seconds.
It is useful to hit minions and poke enemies. Don’t use it or spam it too much at early as your mana will be finished

Mana is a blue bar which is the magic power that some heroes have. Once it is finished you can’t cast your skills but it will regen automatically very slowly.

When you use this skill, your hero will move forward sweeping or moving your enemy in front of you while dealing some physical damage.
After using it 1st time you can use it 2nd time. When you are closer to the enemy and use it then the enemy will go to air for 1 second stunning them is known as Airborne

It has a small Area but is very effective. By casting this skill in your particular area around the enemy, they will get pulled towards you and stunning them for 1.5 seconds while dealing good physical damage.

Flicker: Spell to blink or move very fastly in a particular area a very short time that the enemy can’t even see. It is best with tigreal combos. But it has a large cooldown of 120 seconds.

Tigreal Ability comes in handy when you use it with a flicker.
For Example: Press ultimate, while ultimate is using up, press Flicker to move towards the enemy so that they will get pulled by your ultimate. Then use 2nd skill to bring enemies towards your team and use 1st and 2nd skills whenever you want.
It takes a little practice but when you master it, it will be dangerous because the enemy can’t see your surprise attack.

You can also use it with your 2nd skill to push the enemy out from the turret or towards your team.

Don’t use flicker to run as it has a large cooldown. Use it to attack a large amount of enemy as possible. For tank, you shouldn’t get worried about dying if you help to wipe out the entire enemy. or more than 1 enemy without any teammates dying.

Always Remember that you need to change your build according to the enemies you are facing.
There are 3 types of best tigreal build that you can change from time to time according to enemy types.

If an enemy has heroes that deal too much physical damage or 2 marksman, then you can use this build.

If there are heroes who have high physical damage as well as Magic damage then this build is best to build for Tigreal of all time for 2022.

If you don’t know the Power of emblem, then it is a set that gives you physical and magical attributes.
There are 2 emblems that Tigreal is suitable for:

If you have gord then you can have the best combo hero Tigreal. First, Just do anything but Use your ultimate in a huge crowd. Then Gord just needs to use his ultimate and other skills. If it is possible you can wipe out entire enemies.

Spell: You can counter Tigreal by using the spell Purify. It helps to counter all Stun, Slowness, and other effects.

Build: Tough boots: It can help you a little to counter tigreal stuns

Heroes: Miya, Saber, Eudora ( These can melt you down without even knowing)

This is it for Tigreal Guide, Build, Emblem, Heroes, and Abilities and strategies in 2022. Comment below if you have any problems with our guide. 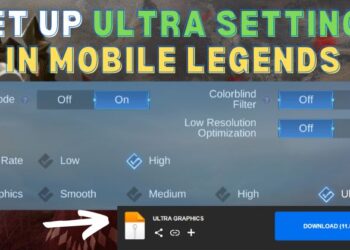